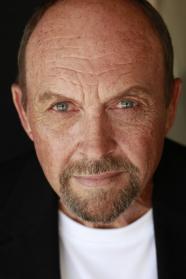 John David Ashton (born February 22, 1948) is an American actor born in Springfield, Massachusetts, and graduate of the University of Southern California School of Theatre.

Ashton has starred in several productions including MAS*H and Midnight Run. He played "Willie Joe Garr" on several episodes of Dallas, his character and that of "Jeb Ames" were charged with the crime of involuntary manslaughter in the death of Tina Louise's Dallas character "Julie Grey".

Ashton currently resides in Fort Collins, Colorado and is co-host of the Ashton and Davis show on 870 ESPN radio.