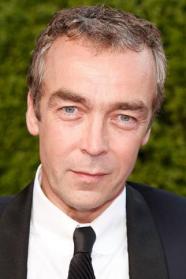 John David Hannah (born 23 April 1962) is a Scottish actor of film and television. He has appeared in Stephen Sommers' Mummy Series, Richard Curtis' Four Weddings and a Funeral and Sliding Doors with Gwyneth Paltrow. He is currently the voice of The Co-operative Group adverts in the UK.
1999 - The Mummy (1999)
2008 - The Mummy: Tomb of the Dragon Emperor
2012 - The Words
2018 - Scorched Earth
2018 - Overboard