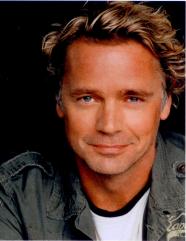 John Richard Schneider III (born April 8, 1960) is an American actor and singer. He is best known for his portrayal of Bo Duke in the 1980s American television series The Dukes of Hazzard, and as Jonathan Kent on Smallville, a 2001 television adaptation of Superman. Alongside his acting career, Schneider performed as a country music singer in the 1980s, releasing nine studio albums and a greatest hits package, as well as eighteen singles. This total includes "I've Been Around Enough to Know", "Country Girls", "What's a Memory Like You (Doing in a Love Like This)" and "You're the Last Thing I Needed Tonight", all of which reached the top of the Billboard country singles charts.