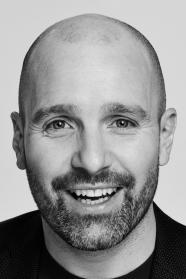 Johnny Harris was born in Lambeth, South East London. He left school aged 13 and at the age of 16 won the Junior ABA National boxing title. He lived in Paris, France for 2 years and on his return enrolled in acting classes at Morley College in Lambeth where he studied for 3 years. Johnny started his career in the fringe theatres of London where he performed in many stage productions. His first screen performance was as the lead in Sara Dunlop's short film 'BIG' winning 'The Rushes Short Film Festival'. After numerous performances in student films he was cast in 'Gangster No1' by Paul McGuigan in 2000. His breakthrough came in 2006 playing 'Derek' one of the leading roles in Paul Andrew Williams multi-award winning 'London to Brighton' and he has since worked with directors including Joe Wright, Terry Gilliam, Guy Ritchie, Woody Allen, Stephen Speilberg and Shane Meadows. His most recent screen work includes playing 'Jim Vane' in Ealing Studios adaptation of 'Dorian Gray' and 'Mold' in Chris Smiths 'Black Death' In 2009 he won the 'Best performance' award with his co-star 'Keirston Wearing' at the 'Brest European Short Film Festival' in France for his performance in 'Leaving.' He has a leading role in Ben Millers directorial debut 'HUGE' due for release in 2011 and also in 'Ultramarines'.. his first motion capture performance. In 2010 Johnny was cast and directed by Shane Meadows in 'This is England 86' playing the role of abusive father 'Mick' to critical acclaim. The series won the 'SouthBank Sky Arts Award' for 'Best TV Drama'. Johnny has just a received a 'Royal Television Society Award' nomination in the 'Best Actor' category for his performance. In February 2011 Johnny completed work on 'Home' a one off drama for CH4s new 'Coming Up' season and in April 2011 Johnny started work on 'The Fades' a new 6 part drama for the BBC, written by Jack Thorne who co-wrote 'This is England 86' with Shane Meadows. Johnny has just received a BAFTA 'Best Supporting Actor' nomination for his portrayal of 'Mick' in 'This is England 86'