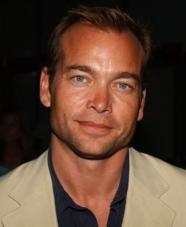 Jonathan Breck (born February 17, 1965) is an American actor. Beginning his career as a stage actor, Breck was most successful for playing the villainous demon The Creeper in the Jeepers Creepers series of horror films. He has also appeared in numerous film and television roles including Beat Boys, Beat Girls, Good Advice, Spiders, I Married a Monster, JAG, Star Trek: Voyager, VIP, Push.

In early 2004, Breck filmed the science fiction action thriller Dreamland, a TV movie set around the famed Area 51 in Nevada. It was released in 2005. Most recently, he wrapped the film I Left Me, a dark comedy which played at The Sundance Film Festival in 2005, in which he stars as a man and his clone; the film is set in the year 2025. Breck has also continued to work in theater. He can currently be seen on stage at The Evidence Room in Los Angeles in the hit show Peace Squad Goes 99.