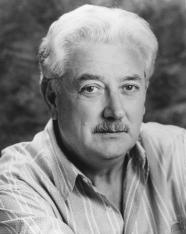 From Wikipedia, the free encyclopedia. Joseph Maher (December 29, 1933 – July 17, 1998) was an Irish character actor who appeared in 43 films and was nominated for three Tony Awards and a Drama Desk Award for his supporting roles on the stage.

Description above from the Wikipedia article Joseph Maher, licensed under CC-BY-SA,full list of contributors on Wikipedia.
1988 - Funny Farm