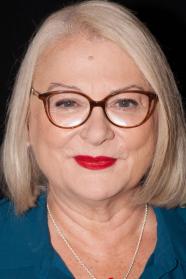 She was born Josiane Balašković in Paris. One of Balasko's most recognized roles among English speakers is as a lesbian in 1995's Gazon maudit (French Twist). She won the 1996 César Award (shared with Telsche Boorman) for best writing for this film, for which she was also nominated as best director. The movie itself was nominated for best film.

She is married to George Aguilar, who is also an actor.

Description above from the Wikipedia article Josiane Balasko, licensed under CC-BY-SA, full list of contributors on Wikipedia.
2018 - Let the Sunshine In