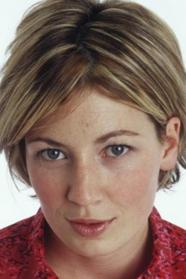 Kate Ashfield (born 28 May 1972) is a British actress, best known for her award-winning roles as Jody in the Anglo-German film Late Night Shopping, as Sadie MacGregor in the British film This Little Life and as Liz in the 2004 film Shaun of the Dead.

Description above from the Wikipedia article Kate Ashfield, licensed under CC-BY-SA, full list of contributors on Wikipedia.
2004 - Shaun Of The Dead
2007 - Fakers