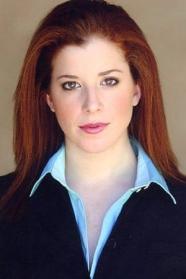 Kateri DeMartino is a graduate of NYU's Tisch School of the Arts, where she received her B.F.A in Theatre. While at NYU, she was blessed to have the actress, Felicity Huffman, as her acting professor for over two years. Kateri was also on the NYU Varsity Cross-Country running team. She graduated, cum laude, at the age of twenty, and then went on to study Shakespeare at the Royal Academy of Dramatic Arts in London. In addition to acting, Kateri performs stand-up comedy in Los Angeles, where she dresses as a drag queen character known as Tranny Annie. Her guest-hosting with Regis on "Regis and Kelly" was a dream come true, and she aspires to have her own talk show one day. Kateri will have earned her law degree in May, 2009, with an emphasis in both entertainment and criminal law. - IMDb Mini Biography
2018 - Father of the Year