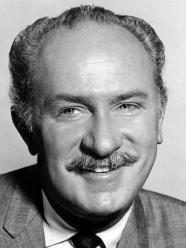 Keenan Wynn (July 27, 1916 – October 14, 1986) was an American character actor. His bristling mustache and expressive face were his stock in trade, and though he rarely had a lead role, he got prominent billing in most of his movie and TV parts.

Description above from the Wikipedia article  Keenan Wynn, licensed under CC-BY-SA, full list of contributors on Wikipedia.
1964 - Dr. Strangelove or: How I Learned to Stop Worrying and Love the Bomb