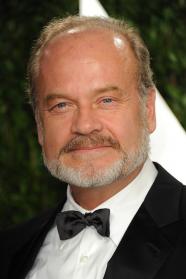 Allen Kelsey Grammer (born February 21, 1955) is a 5-time Emmy Award-winning American actor and comedian. He is most widely known for his two-decade portrayal of psychiatrist Dr. Frasier Crane in the NBC sitcoms Cheers and Frasier. He has been nominated for fourteen Emmys, including one for playing his character on three sitcoms (the third being a guest appearance on Wings), as well as portraying the part on an episode of The John Larroquette Show, and has also worked as a television producer, director, writer, and as a voice artist. He has received many accolades for his role as the voice of Sideshow Bob on The Simpsons.