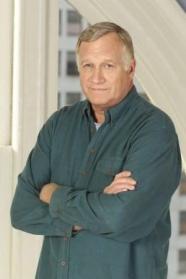 Kenneth Joseph "Ken" Howard, Jr. (born March 28, 1944) is an American actor, best known for his roles as Thomas Jefferson in 1776 and as basketball coach and former Chicago Bulls player Ken Reeves, a basketball major with a minor in life, in the television show The White Shadow. He was elected president of the Screen Actors Guild in September 2009.
2011 - J. Edgar
2014 - The Judge
2015 - The Wedding Ringer