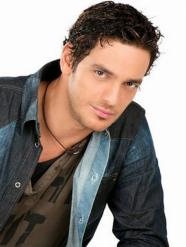 Khaled Abol Naga (born 2 November 1966) is an Egyptian actor, TV host, producer and director. He is a Human and Child rights activist and has been a UNICEF Goodwill Ambassador since his appointment in 2007. He has worked across a variety of media, including theatre, radio, television and film.

Description above from the Wikipedia article Khaled Abol Naga, licensed under CC-BY-SA,full list of contributors on Wikipedia.
2007 - Civic Duty