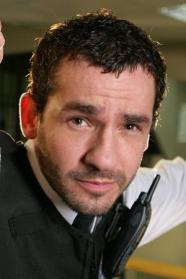 O'Brien grew up in nearby Royton and was educated at the Bishop Henshaw Roman Catholic Memorial High School in Rochdale. He began acting at an early age and was the star of a BBC TV series Gruey by the time he was 15. He also featured in several other series at the time in one-off or recurring roles. In 1993, he played the role of Craig Lee in Coronation Street and then the role of Lee Jones in Children's Ward. In 1993 he also became a regular in the detective series, Cracker.
2006 - Goal! The Dream Begins
2018 - Holmes & Watson