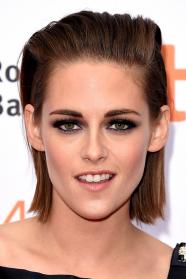 ​American actress Kristen Jaymes Stewart is best known for playing Bella Swan in The Twilight Saga. She has also starred in films such as Panic Room (2002), Zathura (2005), In the Land of Women (2007), The Messengers (2007), Adventureland (2009) and The Runaways (2010). She has won various awards in three consecutive years. Stewart's first role was a nonspeaking part in the film The Thirteenth Year.

On November 16, 2007, Summit Entertainment announced that Stewart would play Isabella "Bella" Swan in the film Twilight, based on Stephenie Meyer's bestselling vampire romance novel of the same name. The film began production in February 2008 and finished filming in May 2008. Twilight was released domestically on November 21, 2008. After the release of Twilight, Kristen Stewart was awarded the MTV Movie Award for Best Female Performance for her portrayal as Bella Swan. Stewart reappeared as Bella in the sequel, The Twilight Saga: New Moon, and reprised this role in The Twilight Saga: Eclipse.

Stewart has been nominated and presented with the BAFTA Rising Star award. At the 2010 82nd Annual Academy Awards, Stewart and Twilight co-star Taylor Lautner presented a tribute in honor of the horror movie genre. Stewart was listed as the highest earning female actress in Hollywood in the "2010's Top Hollywood Top Earners List" compiled by Vanity Fair. Throughout 2010, Stewart earned an estimated $28.5 million for all her movie appearances.