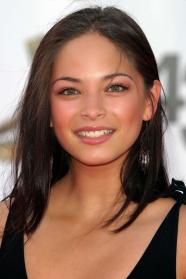 Kristin Laura Kreuk ( born December 30, 1982) is a Canadian actress known for her portrayal of Lana Lang in the American television series Smallville. She was also a regular cast member on the Canadian teen drama Edgemont, and has starred in movies such as Eurotrip and Street Fighter: The Legend of Chun-Li.

Description above from the Wikipedia article Kristin Kreuk, licensed under CC-BY-SA, full list of contributors on Wikipedia.
2009 - Street Fighter: The Legend of Chun-Li