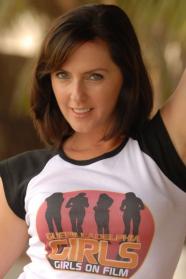 Kristina Hughes, a New England native and a firm believer that through hard work and perseverance one's acting career can flourish to "expected heights" while unveiling "unexpected roles".

With the intent of making acting her career, she re-located to Los Angeles. Since the big move she has appeared on Boston Legal, Old School, Unwrapped, Days of Our Lives, --- has been cast in several independent films (notably as the lead in the psychological thriller Green River), well-known Web Series (The Resolve, Vegan 101) and has appeared in numerous national commercials. Not one to be shy of the stage, Kristina is also a valuable member of the Moveable Theatre Company.

Behind the camera, Kristina is a producer of web content (The Resolve) and a series of commercials (Storitz.com).

As an professional writer, you can find Kristina's published articles at PerformerNation.com and PageantNation.com.

Kristina has been interviewed or her products reviewed in print with high praise for How to be a Working Actor, Back Stage, New England Entertainment Digest, Hollywood How-To, MovieMaker, Chuckle Monkey, Music Connection, Theatre Bay Area, Supermodels Unlimited, Amateur Stage. Kristina also enjoys embracing technology having appeared in podcasts and recorded interviews for The Thriving Artists Circle, REEL Ladies on the Spot, Actors Connect, Inside Entertainment, Business Of Entertainment and Everything Acting Podcast.

Kristina is an accomplished equestrian, and is passionate about her charities (Paralyzed Veterans of America and The Lange Foundation).
2008 - Green River