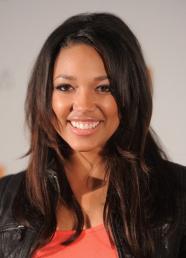 Bunbury was born in Hamilton, Ontario to a Polish and Swedish American mother, Kristi Novak, and Guyanese-born Canadian Alex Bunbury. Kylie's father was a professional soccer player who won the sixth most caps all time for the Canadian men's soccer team. She has two younger brothers, Tealand Logan. Bunbury originally worked as a model, but then her agency suggested she try acting. She landed her first role as Kathleen in Days of Our Lives for one episode. She also had roles in Prom and The Sitter. On February 26, 2015, it was announced that Bunbury would portray the role of Eva in the science fiction CBS television series Under the Dome.
2011 - Prom
2018 - Game Night