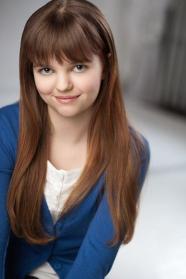 Laine MacNeil is an actress and director. Making her motion picture debut at the age of eleven, MacNeil is perhaps best known for her role as "Patty Farrell" in the Diary of a Wimpy Kid feature film franchise, which earned her five Young Artist Award nominations, including a win as Best Young Supporting Actress in a Feature Film.
2011 - Diary of a Wimpy Kid: Rodrick Rules
2016 - The Edge of Seventeen