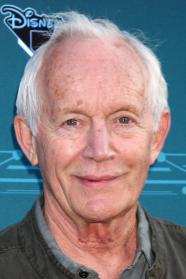 Lance James Henriksen (born May 5, 1940) is an American actor and artist best known to film and television audiences for his roles in science fiction, action, and horror films such as The Terminator, the Alien film franchise, and on television shows such as Millennium. Henriksen is also a voice actor; he is noted for his deep, commanding voice.
1984 - The Terminator
1986 - Aliens
2004 - Alien vs. Predator
2013 - Phantom
2018 - Mom and Dad