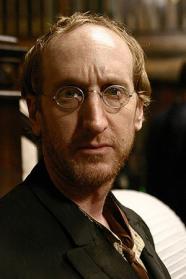 Larry Cedar (born March 6, 1955) is an American actor and a voice actor best known as one of the players of the highly-acclaimed Children's Television Workshop mathematics show, Square One TV on PBS from 1987 to 1994. Cedar is also known for playing "Leon", the opium addicted thief and faro dealer in the internationally acclaimed HBO series, Deadwood.
2004 - Paparazzi
2006 - Hollywoodland