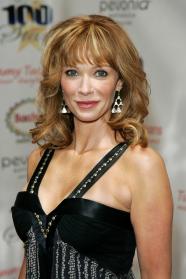 Lauren Michael Holly (born October 28, 1963) is an American actress. She is known for her roles as Deputy Sheriff Maxine Stewart in the TV series Picket Fences, as Mary Swanson in the 1994 film Dumb & Dumber, as Jenny Shepard on the TV series NCIS, and for her relationship with actor Jim Carrey.
1996 - Beautiful Girls
2005 - Down And Derby
2005 - The Chumscrubber