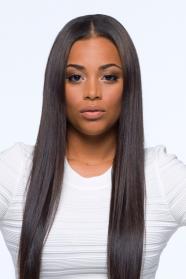 Lauren Nicole London was born on December 5, 1984 in Los Angeles, California. She is of African-American and Jewish decent. London is an up and coming film and television actress, model, and occasional music video actress. Beginning her career in music videos and later transitioning into film and television, London earned recognition for her performances in the film ATL (2006) as well as the television shows 90210 and Entourage. She appeared in various films including: This Christmas (2007), I Love You, Beth Cooper (2009), Next Day Air (2009), Good Hair (2009) and Madea’s Big Happy Family (2011). Along with her acting career, London is also a spokesmodel for the Sean John women's collection.
2006 - ATL
2007 - This Christmas
2009 - I Love You Beth Cooper
2011 - Tyler Perry's Madea's Big Happy Family
2013 - Baggage Claim