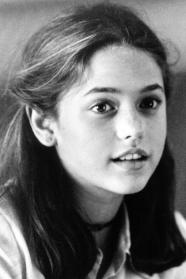 From Wikipedia, the free encyclopedia. Liesel Anne Pritzker (born March 14, 1984), stage name Liesel Matthews, is an American former child actress and heiress to the Hyatt Hotels fortune. She starred as Sara Crewe in A Little Princess, a 1995 film adaptation of the Frances Hodgson Burnett classic, and was a member of the first family in Air Force One.

Description above from the Wikipedia article Liesel Pritzker, licensed under CC-BY-SA,full list of contributors on Wikipedia.​
1997 - Air Force One