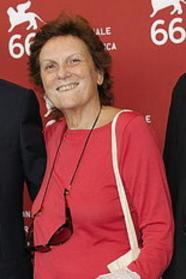 Liliana Cavani (born 12 January 1937) is an Italian director and screenwriter, best known for her 1974 feature film Il portiere di notte (The Night Porter) which launched actress Charlotte Rampling to international stardom. According to the Filmografia di Liliana Cavani, different biographers dispute the year of her birth, however: "According to the date given by Áine O’Healy (in the Encyclopedia of Italian Literary Studies, 2007, p.427) Cavani was born in 1937, though Liehm states 1935 (Passion and Defiance, 1984, p.198). Other commentators list 1933 and 1936, with 1933 prevailing on Internet biographies such as IMDb". In 1979, she was a member of the jury at the 29th Berlin International Film Festival. Her 1985 film The Berlin Affair was entered into the 36th Berlin International Film Festival.