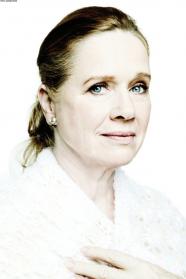 Liv Johanne Ullmann (born 16 December 1938) is a Norwegian actress and film director, as well as one of the muses of the Swedish director Ingmar Bergman. A winner of the Golden Globe, Ullmann has also been nominated for the Palme d'Or, two times for the Academy Award, and a BAFTA Award.