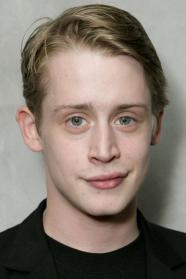 Macaulay Carson Culkin (born August 26, 1980) is an American actor. He became widely known for his portrayal of Kevin McCallister in Home Alone and Home Alone 2: Lost in New York. At the height of his fame, he was regarded as the most successful child actor since Shirley Temple.
Culkin was ranked No. 2 in VH1 and E!'s respective lists, the "100 Greatest Kid-Stars" and "50 Greatest Child Stars".