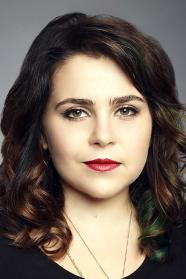 Mae Margaret Whitman (born June 9, 1988) is an American television, movie and voice actress. She is known for her role as Ann Veal in the TV series Arrested Development, her role as Roxy Richter in Scott Pilgrim vs. the World, and for her voice work as Katara in the animated television series Avatar: The Last Airbender, Rose/Huntsgirl in American Dragon: Jake Long, and Tinker Bell in the Tinker Bell movies.
2005 - Going Shopping
2008 - Nights in Rodanthe
2012 - The Perks of Being a Wallflower
2014 - The Pirate Fairy
2015 - The DUFF
2017 - Rock Dog