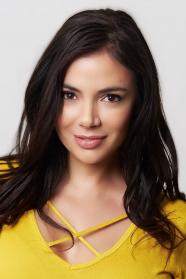 Mariann was born in Peru, her mom's side of the family is half Jewish/ half Catholic, and her father is a Peruvian Gypsy. As a kid, she was fascinated by the arts, and studied theater. When she moved to Miami, Mariann started appearing on major tv shows and commercials on Spanish networks. Her magical beauty on camera, and dynamic range, landed her many roles, which kept her in the eyes of Hollywood. Mariann is mostly known for her comedic role in "It's Always Sunny In Philadelphia "-"Thundergun Express."
2015 - Entertainment