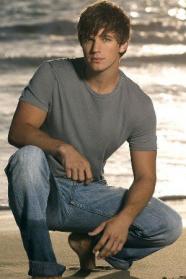 Matt Lanter was born in northeastern Ohio in 1983, but later moved to Atlanta, Georgia when he was eight years old. He spent much of his time playing sports including baseball, football, and golf. His love for baseball led him to a position as a bat boy with the Atlanta Braves. After high school, his interest in the film and television industry created a strong desire to pursue acting. While studying at the University of Georgia, Matt decided to move to Los Angeles to follow his dreams of making it a career.
2008 - Star Wars: The Clone Wars
2008 - Disaster Movie
2010 - Vampires Suck
2016 - USS Indianapolis: Men of Courage
2017 - Pitch Perfect 3