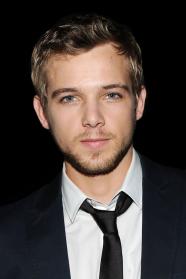 Maximillion Drake Thieriot is an American actor. He began his career with roles in many family films including "Catch That Kid" with Kristen Stewart, "The Pacifier" with Vin Diesel and "Nancy Drew" with Emma Roberts. In 2009, he co-starred in the erotic thriller "Chloe" alongside Julianne Moore, Liam Neeson, and Amanda Seyfried. In 2012, he starred in the horror film "House at the End of the Street" alongside Jennifer Lawrence. He currently plays Dylan Massett in A&E's drama thriller series "Bates Motel".
2004 - Catch That Kid
2007 - Nancy Drew
2008 - Jumper
2008 - Kit Kittredge: An American Girl
2010 - My Soul to Take
2011 - The Family Tree
2012 - House at the End of the Street
2013 - Disconnect