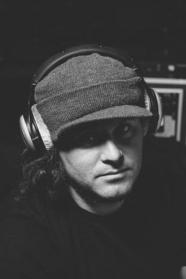 Michael W. Barry is a game, film, and television composer and classically-trained pianist based in Los Angeles. Following his many years studying classical piano in his native Long Island, NY, Barry earned a degree in piano performance from SUNY Geneseo. After graduation, he moved to Los Angeles to attend USC’s Film Scoring Program, which began his composing career for film, television, and interactive media. Most notably, Michael's music can be heard throughout Riot Games' title League of Legends and on their soundtrack release Music of League - Volume 1. In addition to his work for the screen, Michael is an avid composer of concert works, most recently releasing Endeavor and Boomba for wind ensemble. Barry co-founded several successful companies including Hollywood Scoring and Cinesamples - one of the largest sample library companies for composers.
2004 - Dawn Of The Dead