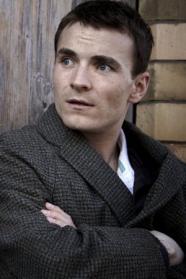 He has appeared in a number of stage, film, television and radio roles. He may be best-known for playing the teenaged Frank McCourt in Alan Parker's 1999 film, Angela's Ashes.

Description above from the Wikipedia article Michael Legge (actor), licensed under CC-BY-SA, full list of contributors on Wikipedia.
2014 - The Bachelor Weekend