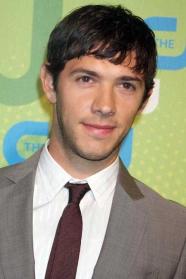 Michael Rady (born August 20, 1981) is an American actor. He was born in Philadelphia and attended St. Joseph's Preparatory School, a Jesuit prep school in Philadelphia well-known for its excellent theatre program.

Rady made his acting debut in the feature film The Sisterhood of the Traveling Pants playing Kostas Dounas. He has appeared in other feature films with small parts including The Guardian. Rady also starred in the independent film InSearchOf.