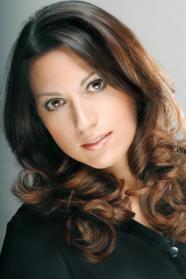 Originally from Boston, Michelle studied Theater Arts at the University of Massachusetts Amherst, where she performed Shakespeare, and other theatrical productions. Her love for the stage soon landed her in New York City where she performed in several plays, and eventually discovered her passion for Film and TV acting. Michelle can be seen in commercials, print ads, and in several film productions. Her love for the Entertainment Industry has influenced her to explore all avenues of the business, including Public Relations, Charity work, and Producing. Michelle is currently in pre-production on several feature films with her company, Roman Media Inc, in which she founded in 2010. Her first feature film Milwood, in which she both starred in and produced, was filmed in New England. The World Premiere took place at the prestigious Festival de Cannes. It has since won numerous awards including Best Picture and several Best Lead Actress Wins for Romano. Michelle is the spokesmodel for several Beauty products including a lipstick shade named after her company, called "Roman Beauty" by LTW Custom Cosmetics. She is also the face of SiseLASH Mascara, and is using her notoriety to help others. She is an advocate for the organization Childhood Cancer Kids, founded by 7 year old cancer survivor, Sierra Preveza. Michelle also serves as an honorary board member for several Women Empowerment Campaigns, and strives to help others achieve their goals. Michelle is currently studying at Studio 4 in Los Angeles, and continues to Act and Produce projects both in LA and in New England. Her upcoming feature Horror film, MALUS is set for production in 2016.
2014 - Annabelle