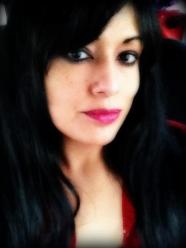 Born as Sheila Montez in Galveston Texas; Michelle Torres a.k.a 'Melena Star' dramatic life began quietly in a small Texas town. Her life started out difficult and she was adopted at the age of four. She grew up in the small town of Uvalde in West Texas. In her early years she was involved in different activities at school and in her community. Star took part in a few school plays, choir, 4H, and was involved in band and played trombone in her Jr. High and High School years.

However, there wasn't anything that really captivated her attention for very long. Not content with small-town life, Star moved to San Antonio Texas and always dreamed of bigger and better things.

Melena Star worked numerous jobs including waitress and later becoming assistant manager at a health Club. While working at a health club in San Antonio, Star met a Scandinavian businessman, got married, had her first son and moved to Europe. This would be her first of three abusive marriages and travels to three different countries, before settling back in the United States.

Star was restless and having wasted so many of her years in a troublesome childhood and failed marriages, she finally made a choice to enroll in college in 2007 in Mississippi. Her goal was to make a better life for herself and her three children. She took many classes, at first concentrating on Medical Transcription.

However, as luck would have it, Melena Star was given a chance to work as a background actress in the neighboring state of Louisiana. New Orleans was becoming the new "Hollywood South" having a chance to reinvent herself after the tragic Hurricane Katrina in 2005. New Orleans would be the future shooting location of many new movies and a new era. Star also was introduced to Indies, or Independent Films. This would ignite her love for acting, and she enrolled in Theatre at her community college. Star had finally found what her niche in life was and would continue to be, even if it did take a little time getting there.
blog comments powered by Disqus