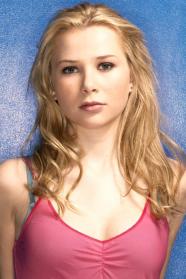 Boorem was born in Tucson, Arizona, the daughter of Benjamin and Holly Boorem, and has an older brother, Benjamin. Boorem began acting in local theater in Arizona, and subsequently moved to Los Angeles with her family, where she attended Lycée Français de Los Angeles. She has starred in the films Sleepover (2004) and Smile (2005). She had supporting roles in the films Jack Frost (1998), The Patriot (2000), Along Came a Spider (film) (2001), Hearts in Atlantis (2001), Blue Crush (2002) and Carolina (2003); and recurring roles on the TV series Dawson's Creek and Touched by an Angel. She also appeared in the Lifetime Movie drama, Augusta, Gone, The Initiation of Sarah, and a guest starring role in the House episode "Insensitive." She also guest starred in an episode of Ghost Whisperer in 2008.

Boorem has been nominated for a Teen Choice Award for Choice TV Sidekick (for her role on Dawson's Creek), and received four Young Artist Award nominations.