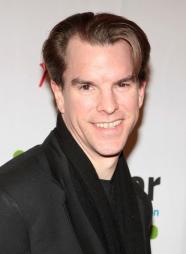 Mike McGlone is an American actor, singer and songwriter.

He is perhaps best known as the film noiresque spokesman for GEICO insurance posing rhetorical questions in the vein of Robert Stack or Rod Serling, which are then acted out in humorous fashion.

McGlone's best-known film credits include two castings as writer/actor/director/producer Edward Burns's brother in 1995's "The Brothers McMullen" and 1996's "She's the One" (opposite Jennifer Aniston). He has also had large supporting roles in the 1998 crime film "One Tough Cop" opposite Stephen Baldwin and Chris Penn, and the 1999 thriller "The Bone Collector" which starred Denzel Washington and Angelina Jolie.

On television, McGlone's credits include "Crash" on the StarzNetwork and "The Kill Point" on the cable channel Spike TV. Voice-over credits include TLC's "Trauma: Life in the E.R.", Court TV's "I, Detective", and The History Channel series "Dead Reckoning." McGlone has also acted on stage. His writing credits include the novels "And All the Roses Dying...", "Dice", and "Hourigan's Song". He has recorded and produced two albums, Hero (1999) and To Be Down (2002).

Description above from the Wikipedia article Mike McGlone, licensed under CC-BY-SA, full list of contributors on Wikipedia
2005 - The War Within