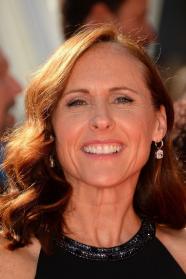 Molly Helen Shannon (born September 16, 1964) is an American comic actress best known for her work as a cast member on Saturday Night Live from 1995–2001 and for starring in the films Superstar and Year of the Dog. More recently, she starred in NBC's Kath & Kim from 2008–2009 and on the TBS animated series Neighbors from Hell.