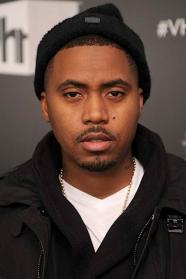 The son of jazz musician Olu Dara, he was born and raised in the Queensbridge housing projects in New York City. His debut album Illmatic, released in 1994 by Columbia Records, was critically acclaimed and would go on to be widely hailed a classic in the genre. Nas was part of hip-hop supergroup The Firm, which released one album.

From 2001 to 2005, Nas was involved in a widely publicized feud with rapper Jay-Z; both rappers verbally attacked each other in their songs. The two formally ended their rivalry through duet performances at concerts sponsored by New York City-area hip-hop radio stations. In 2006, he signed to Def Jam, releasing his albums Hip Hop Is Dead in 2006 and an untitled album in 2008. In 2010 he released a collaboration album with Damian Marley and he plans to release a tenth solo studio album before the summer of 2011.