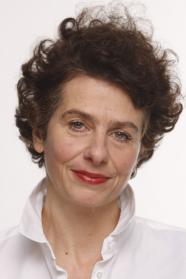 In 1986, she started studying at Faculty of Economics, University of Ljubljana, which lasted until she was accepted to study film direction in Prague. During her student years, she finished multiple short films and documentaries. After her graduation, she returned to Slovenia where she founded her own theater group called Burgerteater in 1997. Together, the members created two plays: Piki and Romi (1997), Mrs. Margareta (1999) and over a hundred improvised performances.

In 1997, she directed her first feature film V leru. Its premiere took place in 1999 as a part of the competition in Karlovi Vari, Czech Republic. The film had received 20 different awards and was later screened at over 60 other festivals.

In 2002, she recorded her second film Ruševine (Ruins, 2002), which received 13 awards in Slovenia. The first international screening happened in Rotterdam in 2005.

She formed her own production house called STARAGARA together with Jani Cvitkovič and they soon produced a film called Odgrobadogroba (From-grave-to-grave). In 2009, the directed her third feature film Circus Fantasticus, which was a collaboration among Slovenia, Ireland, Finland and Sweden and was financed by European film council EURIMAGES. The film was finished in 2010.
2005 - Up And Down