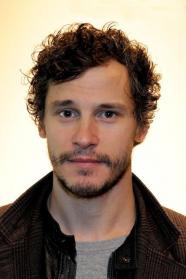 Nicolas Giraud (born 1978) is a French actor. He had a significant role in the movie Taken. He has also appeared in at least 10 other movies, and a number of television episodes. He was the writer and director of Faiblesses (2009).

Description above from the Wikipedia article Nicolas Giraud, licensed under CC-BY-SA, full list of contributors on Wikipedia.
2009 - High Lane (Vertige)