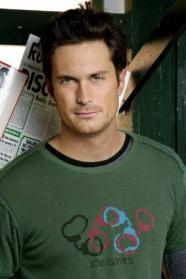 Oliver Rutledge Hudson (born September 7, 1976) is an American actor. He is the son of Goldie Hawn and Bill Hudson, and brother of Kate Hudson. Since 2007, Hudson has starred in the CBS series Rules Of Engagement, co-starring David Spade and Patrick Warburton.

Description above from the Wikipedia article Oliver Hudson, licensed under CC-BY-SA, full list of contributors on Wikipedia.
2006 - Black Christmas
2007 - The Breed
2014 - Walk of Shame