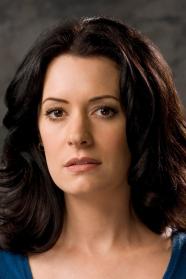 Paget Brewster (born March 10, 1969) is an American actress. She currently is known for playing Special Agent Emily Prentiss on the CBS crime drama Criminal Minds. In June 2010, it was said that her role on Criminal Minds would be reduced in the sixth season. In March 2011, Brewster's character left the series, but may return at a later date.
2005 - Man Of The House