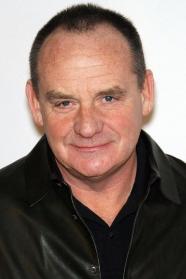 Paul Guilfoyle (/ˈpɔːl ˈɡɪlfɔɪl/; born April 28, 1949 height 5' 9" (1,75 m) ) is an American television and film actor. He is currently a regular cast member of the forensic television drama CSI: Crime Scene Investigation where he plays Captain Jim Brass.  Guilfoyle was born in Canton, Massachusetts. He attended Boston College High School and spoke at the 2005 commencement of the school's seniors. Guilfoyle enrolled at Lehigh University in 1968. He eventually graduated from Yale in 1977 with a major in economics. He studied at the Actor's Studio before building up a substantial theatrical reputation on and off Broadway, including 12 years with the Theatre Company of Boston, appearances in David Rabe's The Basic Training of Pavlo Hummel with Al Pacino and in David Mamet's Glengarry Glen Ross.