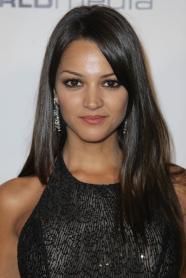 Paula Garcés (born March 20, 1974, height 5' 5" (1,65 m)) is a Colombian American film and television actress, known for her appearance in films such as Clockstoppers and Harold and Kumar Go to White Castle, and on TV shows such as CSI: Miami, The Shield, Law and Order: Special Victims Unit, The Sopranos , Oz and Warehouse 13.