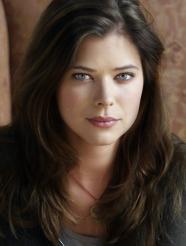 Peyton List is an American actress and model, known for playing Jane Sterling on the AMC series Mad Men and Nicole Kirby on the ABC series FlashForward. In 1996, Peyton made her first big screen appearance in Washington Square. While working on As the World Turns, List was offered the small but significant role of Sarah Wallis in Bill Paxton's The Greatest Game Ever Played. The 2005 movie was a critical and box-office success. In 2008, she starred in two independent movies - action movie Deep Winter and the horror thriller Shuttle.
2005 - The Greatest Game Ever Played
2011 - Bereavement
2011 - Diary of a Wimpy Kid: Rodrick Rules
2011 - Something Borrowed
2012 - Meeting Evil