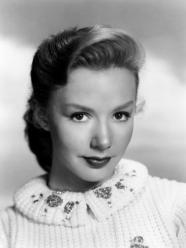 Piper Laurie (born Rosetta Jacobs; January 22, 1932) is an American actress of stage and screen best known for her roles in the television series Twin Peaks and the films The Hustler, Carrie, and Children of a Lesser God, all of which brought her Academy Award nominations. In 1991 she won a Golden Globe Award for her portrayal of Catherine Martell in Twin Peaks.