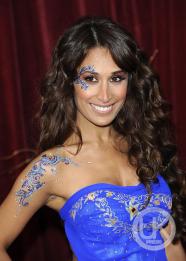 Preeya Kalidas (born 21 June 1980) is a British singer and actress of Indian descent. She played Amira Shah in the soap opera EastEnders. Following her departure from EastEnders, she began a career in singing, with her single "Shimmy" being released in July 2010.

Description above from the Wikipedia article Preeya Kalidas, licensed under CC-BY-SA, full list of contributors on Wikipedia.
2010 - Four Lions