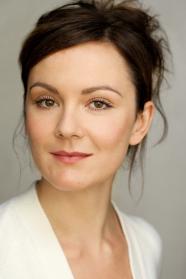 Rachael Atlanta Stirling  (born 30 May 1977) is an English stage, film and television actress, best known for her performance as Nancy Astley in the BBC drama Tipping the Velvet.

Description above from the Wikipedia article Rachael Stirling, licensed under CC-BY-SA, full list of contributors on Wikipedia
2005 - Freeze Frame
2012 - Salmon Fishing in the Yemen
2017 - Their Finest